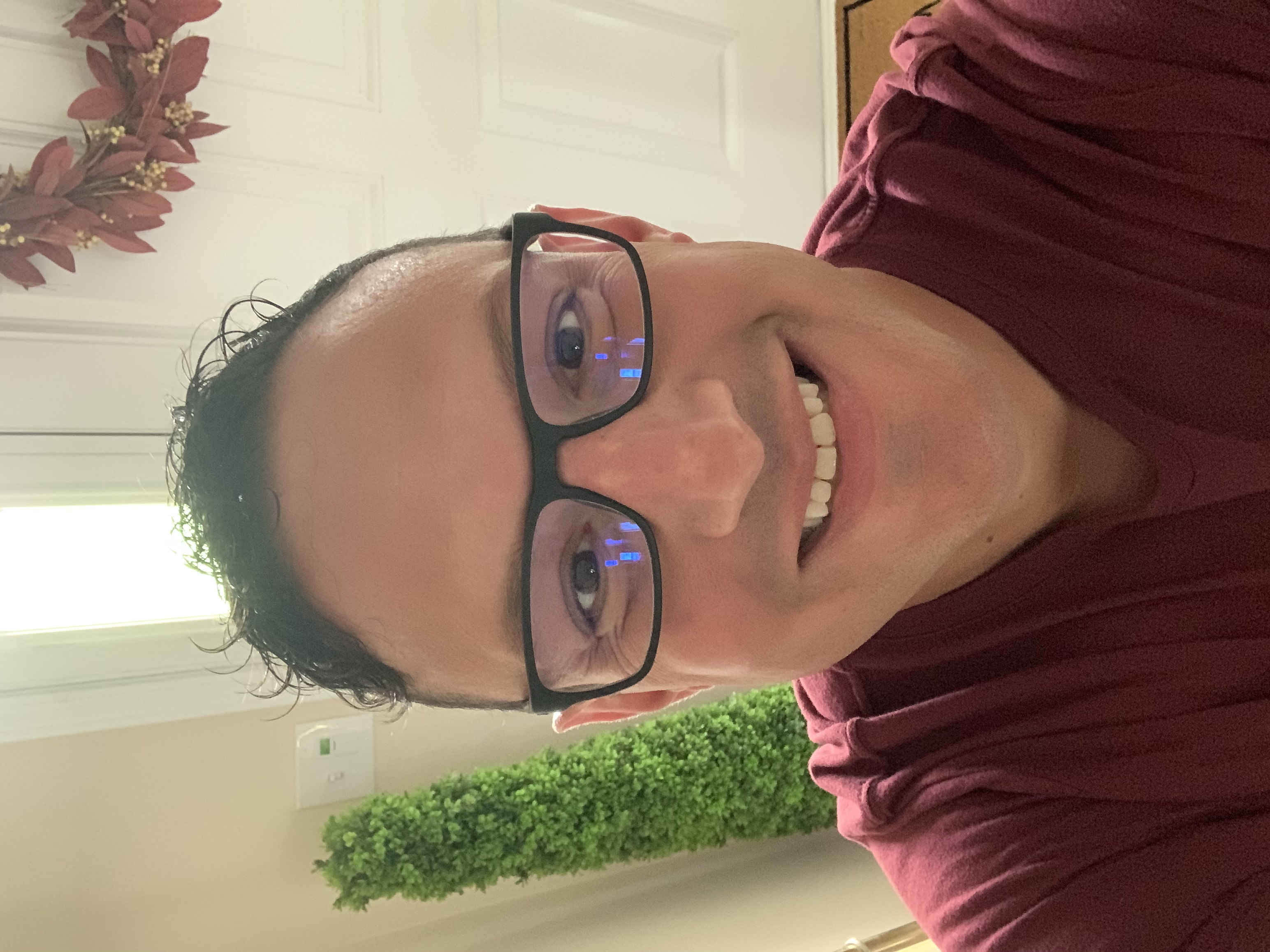 I was born and raised in Ohio and attended Catholic schools from k-12. Overall I had a positive childhood. But one major aspect I struggled with was my own sexual identity. Also, my grandmother passed away who was a second mother to me. It caused me immense emotional pain for many years because she was one person who I knew I could be authentic with. I was notorious for repressing my own identity especially since attending Catholic school. I attended college where I felt most alive when I really dove into finding my own identity but didn’t “come out”. I was a leader on campus and didn’t want anyone to find out I was gay. I still had pent up shame regarding my sexual orientation so it was like I was living 2 separate lives. Following college I met my future husband and relocated to Florida where I was surrounded by a very active lgbt community which wasn’t present in Ohio at that time. I even “came out” to my family who embraced me. I know this doesn’t always happen so I was preparing myself for the worse which is something I believe most of us do which contributes to the shame and other emotions that become repressed. But even though I was surrounded by this community in Florida I still felt like I was out of place. At the same time my husband was moving up the corporate latter and we relocated to Savannah. Honestly one of my favorite places I’ve ever lived due to the southern hospitality and started to feel I was accepted. However during this time my husband’s health significantly deteriorated and was even diagnosed with 6 months to live. On top of this he struggled with addiction so I was the one who basically managed the day to day crises that emerged while taking care of his health and also my career. So I moved him to the Cleveland Clinic to get help and after a positive recovery we moved back to Florida. As my career continued to take off his addiction got worse. But I continued to juggle many responsibilities on a daily basis even attending graduate school. He unfortunately passed away in 2016 from an accident which rocked my world. During this time I was attending graduate school, working full time, and taking care of all other responsibilities. Plus dealing with the aftermath of years of emotions I suppressed and legal matters following his passing. But at the same time I made the conscious decision that I would get past this and I have the strength to do so. I channeled my own strengths into moving through and past unbelievable pain. I relocated to Ohio to not only be closer to family but to also continue to pursue my career. The years following have been difficult beyond belief healing from the last several years. But I never gave up hope. On the outside it looked like I had it all, successful career as a leader, licensed therapist, and coach, but on the inside I was struggling with resolving trauma and grief from my past. Through this I was still working on my own identity. One of many conclusions I made through working on myself was since I struggled with my own identity I was drawn to a partner who wasn’t necessarily healthy for me. How can we have a healthy relationship if we don’t with ourselves first? I consider I’ve emerged on the other side of that pain and can live the life I was destined to live. Through my 18 years of experience as a therapist, leader, and coach, I’m passionate about helping others find their own identity and work through the shame and heartache of the past by embracing their strengths and authentic selves. I also want others to know they are not alone and can live their authentic lives to accomplish whatever they want in life. 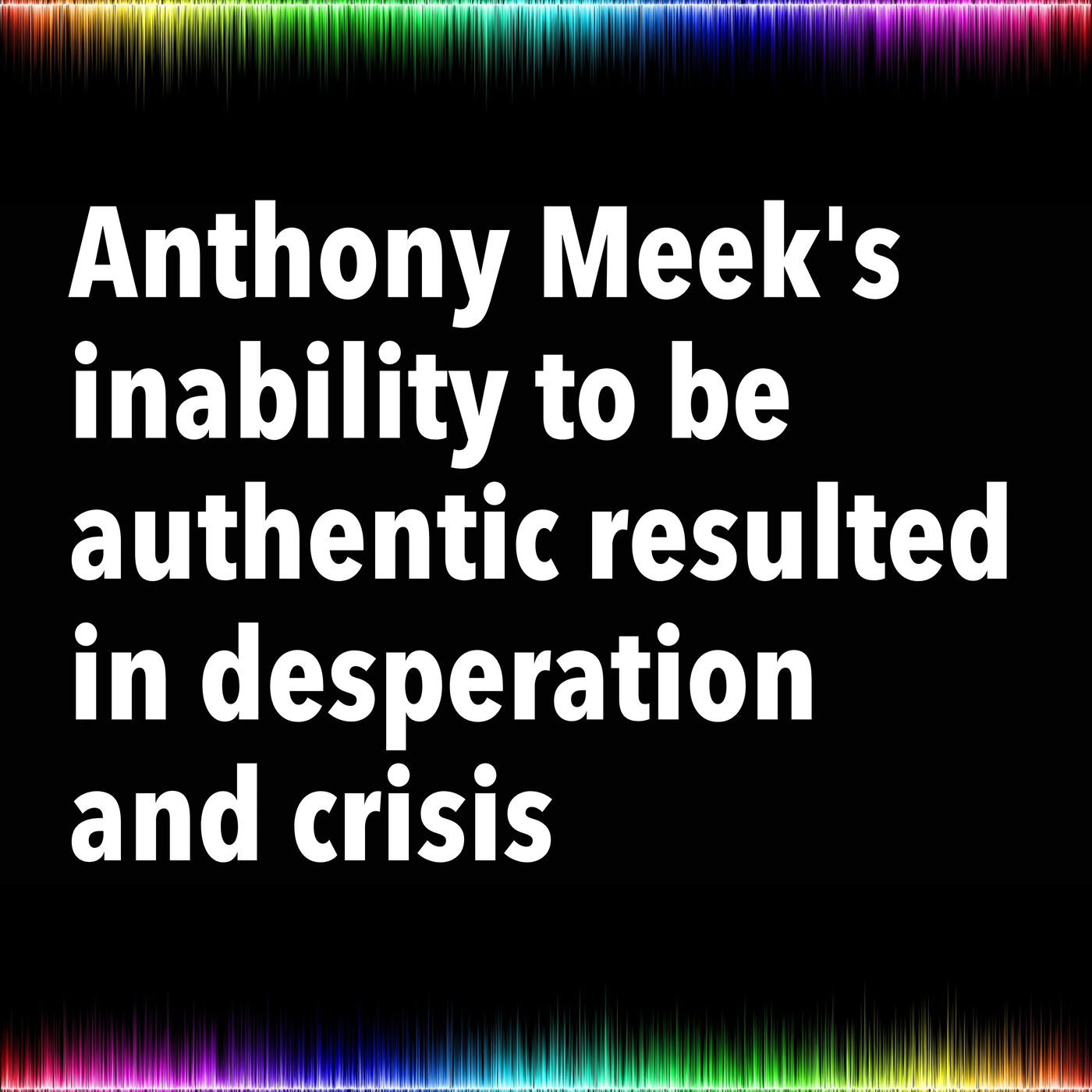 Anthony Meek's inability to be authentic resulted in desperation and crisis