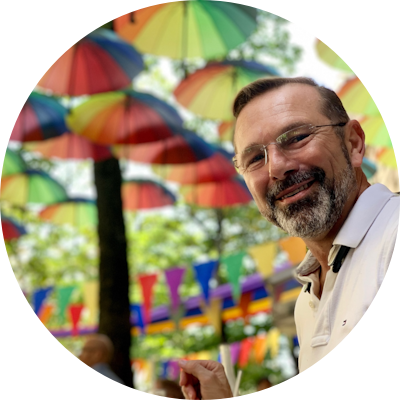 Not sure really where to start. I've known about the gay thing for as long as I have a memory. I didn't know what it was that made me "different" I just knew that I was.

My parents, were very conservative, and very Southern. A gay child just wasn't an acceptable thing in their eyes. They did pretty much whatever they had to just to get me to the point where they could wash their hands of me.

At 15, my step-father went through my room and found "love letters" from my very first boyfriend. Then, he met me at the door when I got home from school that day screaming "Are you a fucking fag?!?!" I responded... "No, I'm a fucking homosexual!". I was "permitted" to leave their home that day. I never looked back.

I worked McDonalds in the morning before school and Taco Bell after school for about a year while paying for my own apt (well, actually it was more a room with a hot plate and a bathroom), then I dropped out of high school because I needed to work more. I ended up in Job Corps where I worked on getting my GED and trained in accounting. It was really rough there, I got my butt kicked a number of times and I finally just gave up and left.

Then my first boyfriend and I reconnected, and I followed him like a little puppy to Dallas! Loved it here, I think I was maybe 17 or so. But his plans and mine diverged and I ended up couch surfing in strangers homes for about 6 months before leaving to go back to the San Antonio area (Universal City).

I stayed with a couple of friends before I got an invitation to sell my only possession, a chevy station wagon, and move to Houston.

I lived in Houston for about a year or so before I met Paul. Paul was visiting from Lawton, OK. He had a home in Houston, but his work had him living full time in Lawton working on a re-roof of the Goodyear Plant located there. We talked/chatted a few times, and I decided to go up to see him for a weekend and never left.

Paul was HIV+. And he confided in a few people he thought he could trust. Turned out he couldn't. He was ostracized by the gay community there and I felt heartbroken. So I decided to stay. We fell in love, and lived in Lawton for about 2.5 years before moving back to Houston in January of '90.

Shortly after the last box had been unloaded, Paul went into the hospital. He passed on April 8, 1990.

After Paul passed I was kind of lost for a few years. Eventually, I left Houston and moved to Dallas after a few weekends of visiting and going dancing at the Round Up! I loved that place. I felt at home there. A dance partner I met at the Round Up let me couch surf until I got a job and found my own place. (I lived on Knight street in Oak Lawn).

I bounced around Dallas for a number of years living with different roommates and solo off an on. Then I met David. David was stunning. Still in the closet for the most part, but had moved from the Bay Area to Dallas to "start over". We actually met on a phone chat line. (long story). We met up a few more times then he "disappeared". Turned out he'd been in a really back car accident with an 18 wheeler.

We went to dinner, he told me he thought he was going to die and that I would never know he'd fallen in love with me. To which I of course swooned!

We had a good life. Unfortunately, I wasn't always as good of a husband as I could have been. But there were other battles, I wasn't aware of that were going on. That battle was David's addictions.

David never told me about his struggles with addiction. He thought he had left all of that behind when he left California. about 6 years into our relationship, I started noticing that he was taking a little longer to get home after work. That he was withdrawing. I chalked it up to just being in a LTR.

Then money started coming up missing. It was completely unnoticeable at first, until he started disappearing for hours. Not answering his phone, not responding to messages. Then hours turned in to days sometimes.

After some sleuthing, I realized that there was a lot of money missing and a lot of phone calls to one number. Then a few minutes later there would be an ATM transaction. To be honest I thought he was cheating. Turns out he had reconnected with someone from back in CA. And before he knew it, he was back on cocaine. That being expensive, he was introduced to crack cocaine. And it was down hill from there.

We clung on for about another year before I finally had to move out. I couldn't take it any longer.

It was during my relationship with David, that I was encouraged to go to an Al-anon meeting. It was in those rooms, I was able to find enough strength to open my eyes and see the reality of our circumstances. Moreover, that I had contributed and enabled his addiction in ways I couldn't even fathom at the time.

When we finally parted ways, fully. I assumed my journey in Al-anon was over. I mean, after all, the addict wasn't in my life any more, why did I need it?

I was single for about ten years. In that time, I moved to South Florida for 3 years, then to Denver for 5. While in Denver, I met my last SO. His name was Will. In retrospect, I knew that Will was an alcoholic, but I hadn't had a project for nearly a decade (i.e., someone to fix).

When we first got together, I was very smitten. I met Will on November 5th of 2009. I had just had to put my beagle down due to his third bout with cancer. I was desperate to just not be alone.
We had some great times over November / December and then he dumped via email. At that point, I still had my dignity, so when I got his email, I chalked it up to experience and didn't respond.

He emailed me two additional times and on the last one I saw red warning lights (RE: his emotional state, as he'd just gotten his 2nd DUI). So, in true enabler fashion, I dropped what I was doing (which happened to be officiating a pole bending race), put on my cap and tights and left to go "rescue" him.

We proceeded to have a very tumultuous relationship. During which we started a company together. We had a good life together, at least I thought we did. What I denied and made easier for him to drink w/o consequences and all while slowly loosing myself in the chaos.

Eventually, Will called me after traveling that day, in the evening, and "dumped" me. We had started seeing a therapist together, me under the declaration by him that he wanted to save our relationship. Turned out that was a tactic to buy himself time to plan his departure. In retrospect, I'm very grateful he did that. It gave me a solid foundation to land on and build from going forward.

We had been in therapy for several months, at the outset, our therapist softly confronted Will about his drinking and he denied it was an issue. Then we set expectations/boundaries for the therapy.

During that phase, I had explained to him that I wasn't able to continue the roller coaster ride with him any longer. That I was all in on finding a way to make it work for us both. But that if he came back to his position of not wanting to be in a relationship, that he should have a plan, as I would not attempt to talk him out of it. He didn't believe me....

The next morning after his phone call, it was March 4th, nearly 6 inches of snow on the ground, I called our therapist and was able to schedule a phone session. I explained everything that had happened and how I had responded to check myself. She told me I had done exactly what I should have (as hard as it was), that I should terminate all communication (block his email and phone) and that I was to "get my ass to an Al-anon" meeting.

Unfortunately, cutting communication at that point wasn't really possible as we were both equity partners in the business.

As I packed his stuff, a lot of things came out in the wash so to speak. As an early to bed and early to rise, I was typically in bed by 9 or so. He was a night owl. As it turned out, he would spend a lot of time on the apps and would sneak out in the middle of the night to "meet up" and then sneak back into the house. He denied it when I asked. But the empty Viagra foil packs, his browser history and "the community", seemed to have a different story. And it wasn't the first time he'd slipped up and got caught on the apps, and he told me he was "just chatting", then he'd promise not to do it again, then he would do it again.

I put it off for a few weeks, after all, I had to pack his stuff (I wouldn't allow him back in the house), and then of course I had to replace the furniture he was taking and retail therapy was also in order.

Eventually, that following June, I went to my first Al-anon meeting in nearly 20 years. It was very awkward to say the least. I was the only male. The only person under 50 (at that time). The only gay guy and the room was FILLED with white haired, Southern women mostly in their 60's - 80's.

I initially thought I should leave, but my inner self said "fuck it, you're already here".... And over the following seven years, I've learned that I needed to unlearn just about everything I've ever done to "survive". That while I can't control it, I can't cure it and I didn't cause, I could and often did, in a very large way, contribute to it. It being the addiction.

Shortly after, with the help of my Al-anon friends and my sponsor I figured out how to buy Will out of the business entirely and ultimately, cut off all contact.

I've continued in Al-anon to this day and credit it with giving me a whole new tool box full of things I can use to have a better existence and to become a better version of myself. 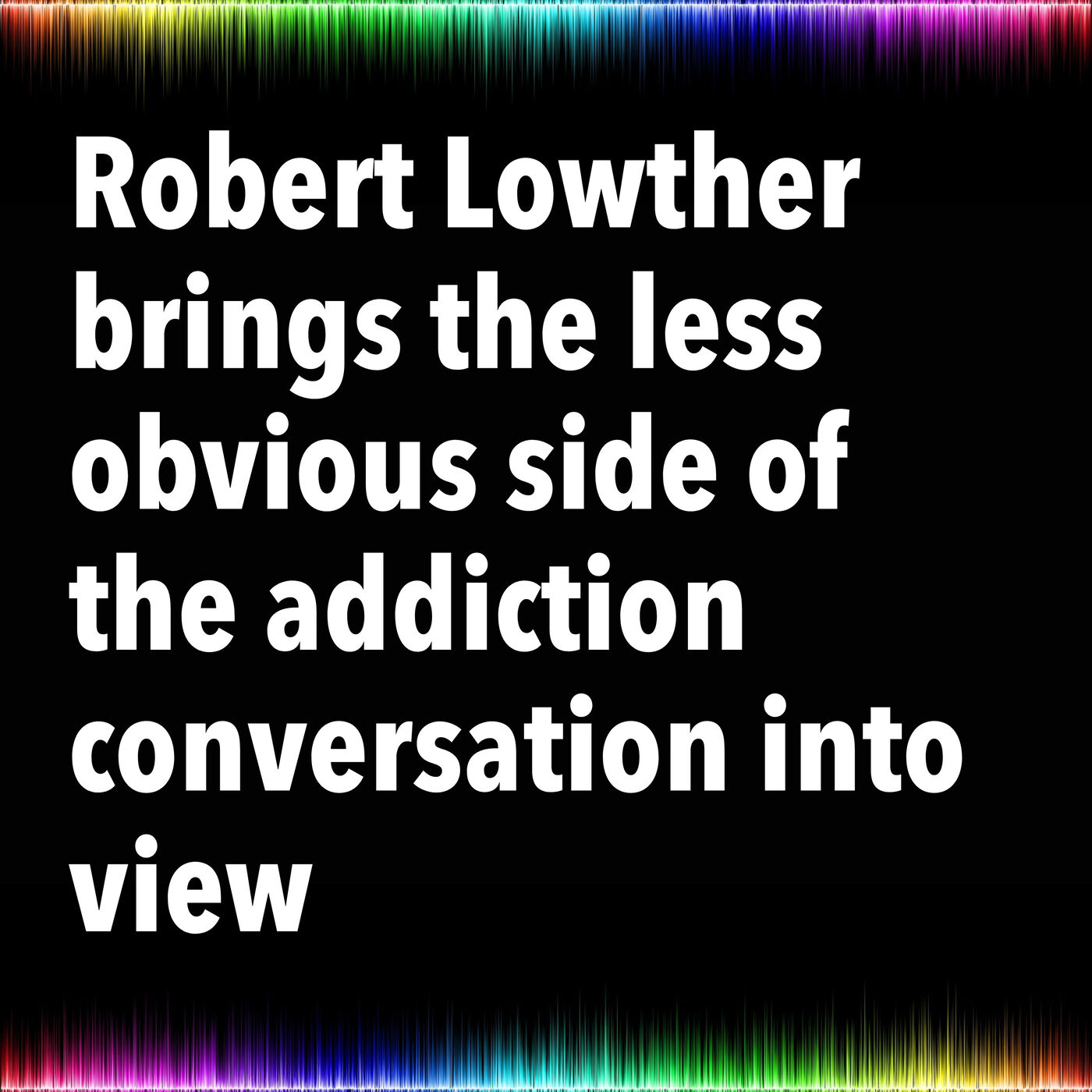